Kareena Kapoor Khan is currently shooting for her upcoming film in Punjab. Pictures of the actress from the sets have been doing rounds the internet and today, a new photo of Bebo has surfaced!
The actress visited the Golden Temple to seek the blessings for her next film. For the occasion, the actress wore a horizontal striped grey salwar kameez teamed with a sheer dupatta and black scarf. She was all smiles as she posed for a picture at the Sri Harmandir Sahib. 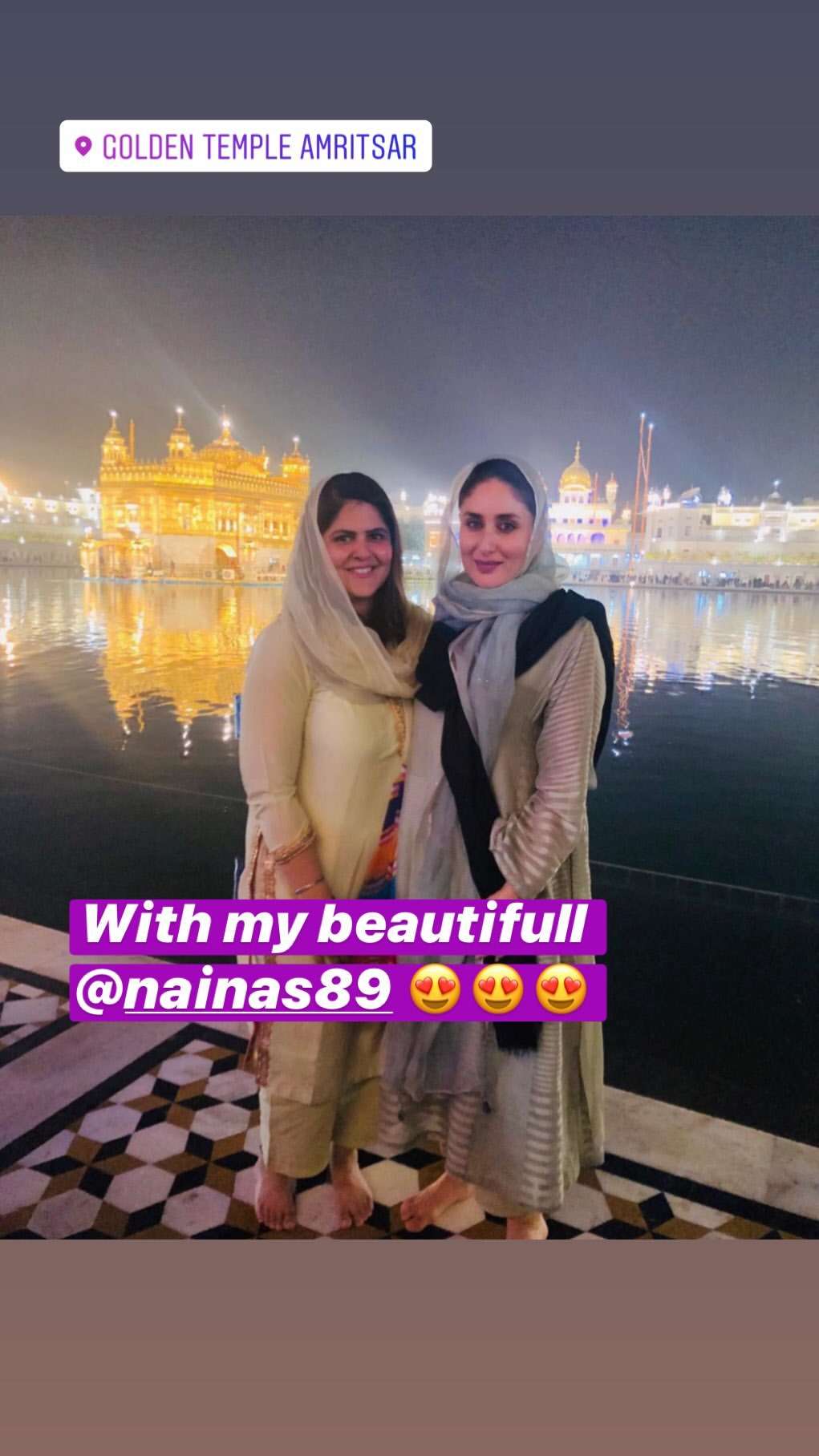 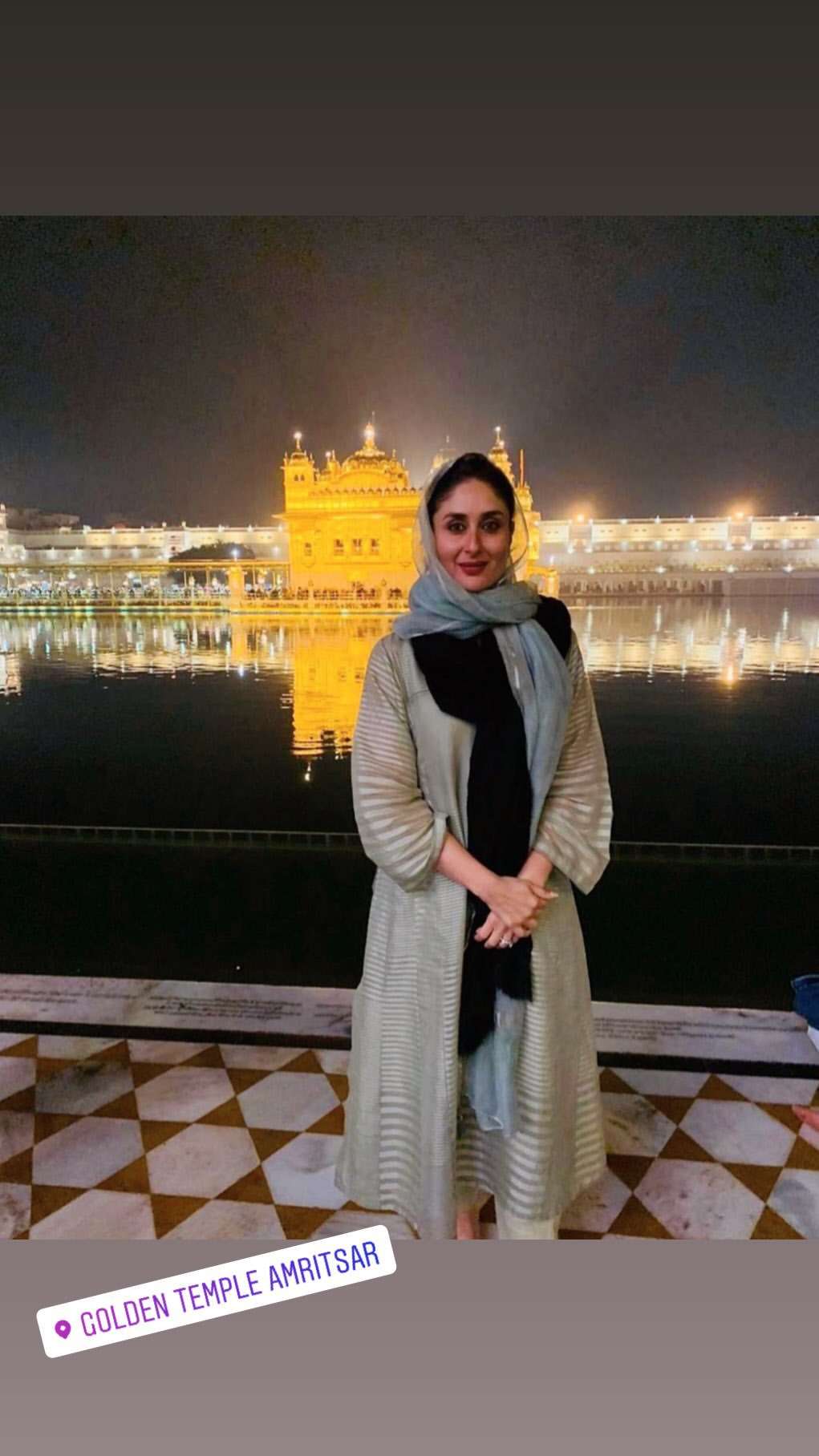 On the work front, she will be next seen in Raj Mehta’s ‘Good Newwz’ co-starring Akshay Kumar, Diljit Dosanjh and Kiara Advani. The story of the film revolves around two married couples and their journey of love. In the film, Akshay, Kareena, and Diljit, Kiara Advani are shown as couples trying to conceive a baby through IVF.

The film will hit the theatres in December this year.