Mumbai: At a time when young guns were panting for breath after completing their run, a city-based sexagenarian stood as an exception because of his joyous and ebullient nature. The man with 100 per cent blindness was a real exception and inspiration as he not only finished his race successfully, but also made a record by completing his 101st half-marathon.

He is popularly known as ‘Sporty Sikh.’ After running 21 km, Amarjeet Chawla (63) was as joyful and energetic as he was before the race. He said, “I am happy that I successfully completed my 101st half marathon today. Now, if I get good trainers and sponsors, my target is to complete 151 such half marathons.” A resident of Kandivali, Chawla, lost his vision totally at the age of 40. He was suffering from low vision since childhood.

He started running only after he stepped in the 49th year of his age. “I am unable to see anything and thus, initially was denied permission to participate in such events. But I ensured that my blindness does not come in my way,” Chawla said.To overcome his ‘difficulty’ what others labelled it as Chawla took help of an escort to run. “The white cane, which is commonly used by blind people, proved to be my companion.

Even if I run with help of escorts, I use this white cane.” “Both me and my escort hold the white cane, which acts as a steering wheel for us,” Chawla added. Chawla is now a well-known name among athletes across India as he has participated in more than 266 such marathons. “I have covered the nation from all four directions. I have participated in marathons, held right from Chandigarh to Chennai and Surat to Kolkata,” Chawla informed.

On Sunday’s marathon, Chawla was assisted by Rahul Brahme, who has participated with the former in more than 30 marathons. “We met in a gymkhana at Kandivali and since then we are together. Whenever sir calls me for participating in any marathon, I take no minute in reaching the city, where the event is being conducted,” Brahme said. 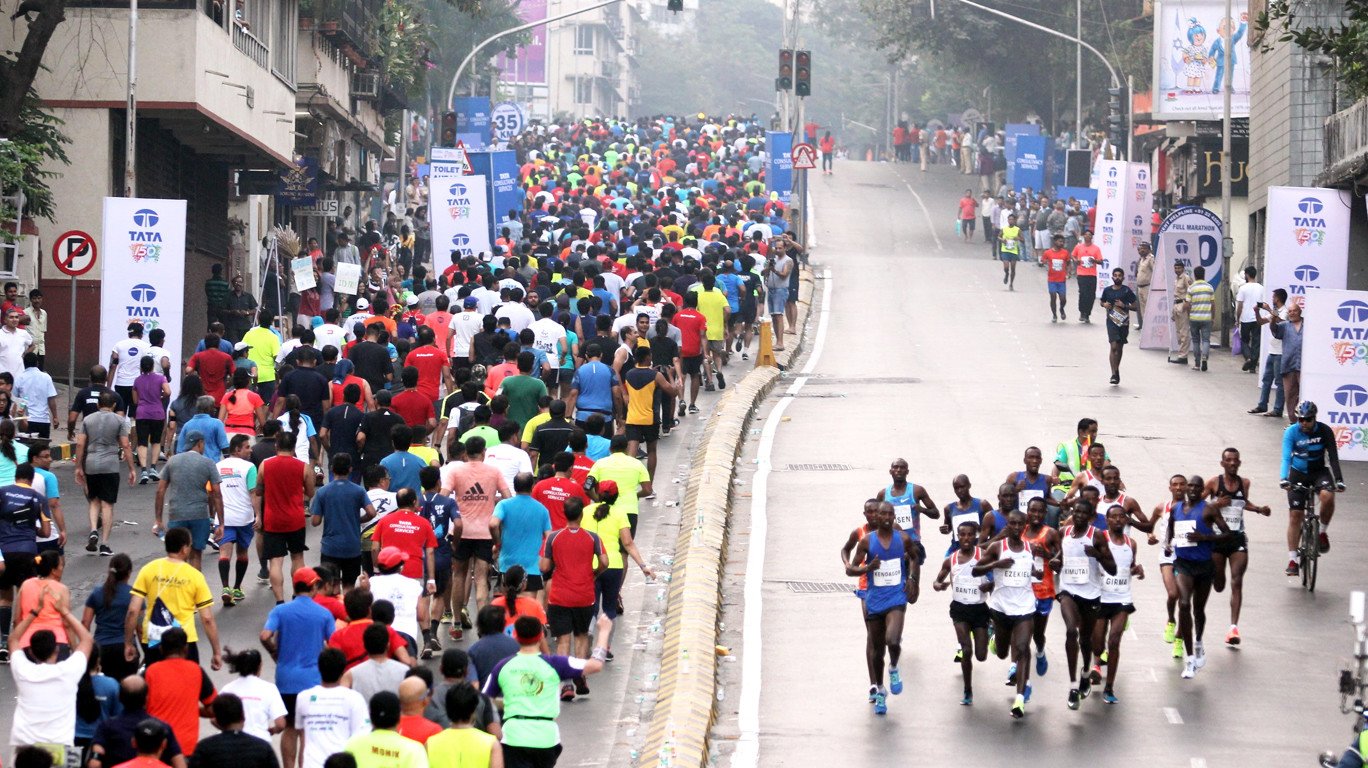